Operation Sundarban is an upcoming Bangladeshi wildlife action thriller movie. The film is written and directed by Dipankar Sengupta Dipon. The film is produced by RAB Welfare Cooperative Society Ltd.  Dipon have written the screenplay. The plot is loosely based on real operations of RAB during surrender of robbers of Sundarbans as well as the struggle of Sundarbans’ natives. It stars Riaz Ahmed, Siam Ahmed, Ziaul Roshan, Taskeen Rahman, Shatabdi Wadud, Nusraat Faria and Darshana Banik, while Manoj Kumar Pramanik, debutant Samina Bashar, Dipu Imam and many other also joins the cast. The film begun its shooting on 20th December 2019 at Shatkhira. 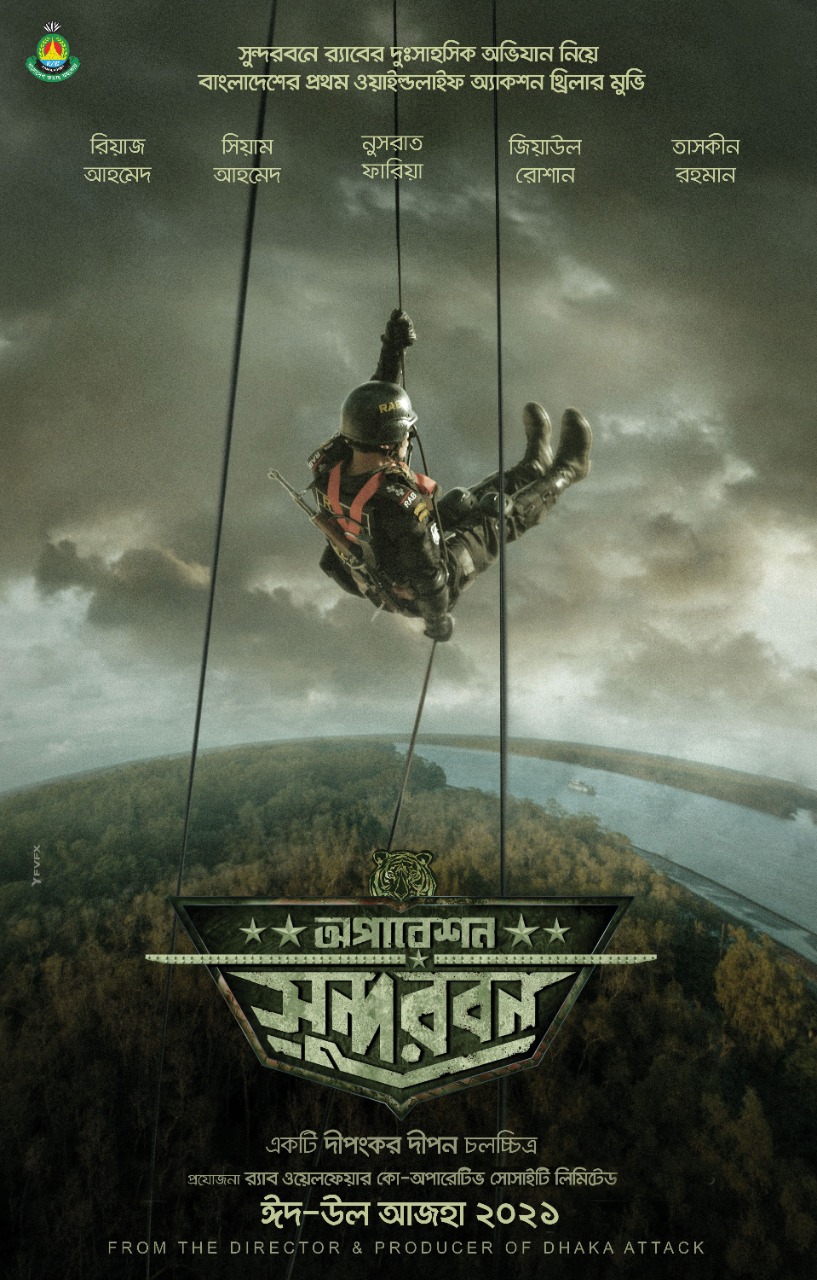 The Sundarbans is the largest mangrove forest in the world, located in the southern part of Bangladesh. People of different trades in the region depend on this vast forest life. The pirates has persecuted these people for more than 40 years. People are not protected from the pirates of the Sundarbans which not only includes variety of species but also Royal Bengal Tiger.

In such a situation, the Rapid Action Battalion (RAB) Director General assigns the responsibility of the Sundarbans from the pirates to the RAB-6 commanding officer Ishtiaqe Ahmed. Ahmed launches an operation to make Sundarbans free of pirates with the help of commander of RAB Crime Prevention Company (CPC)-1, Lieutenant Rishan (Ziaul Roshan) and the commander of newly formed Sundarbans Squad, Major Sayem (Siam Ahmed). Simultaneously, researcher Tania Kabir (Nusraat Faria) arrives in Sundarbans to do research on the tigers in the forest.

After the end of pirates episode, the team realizes that these bandits in the Sundarbans are just chess pieces. A disguised evil force is moving the wheels from behind. The team continues their fight against the mysterious forces at play.