Do Or Die is an upcoming Bangladeshi Aircraft Operation movie. The film is to be written and directed by Dipankar Sengupta Dipon. The film is to be produced by Three Whelers Limited and Mainsquare Corporation.  The plot is based on real life operation code named as  Operation Kilo Flight. The cast and release date of the film is yet to announce. 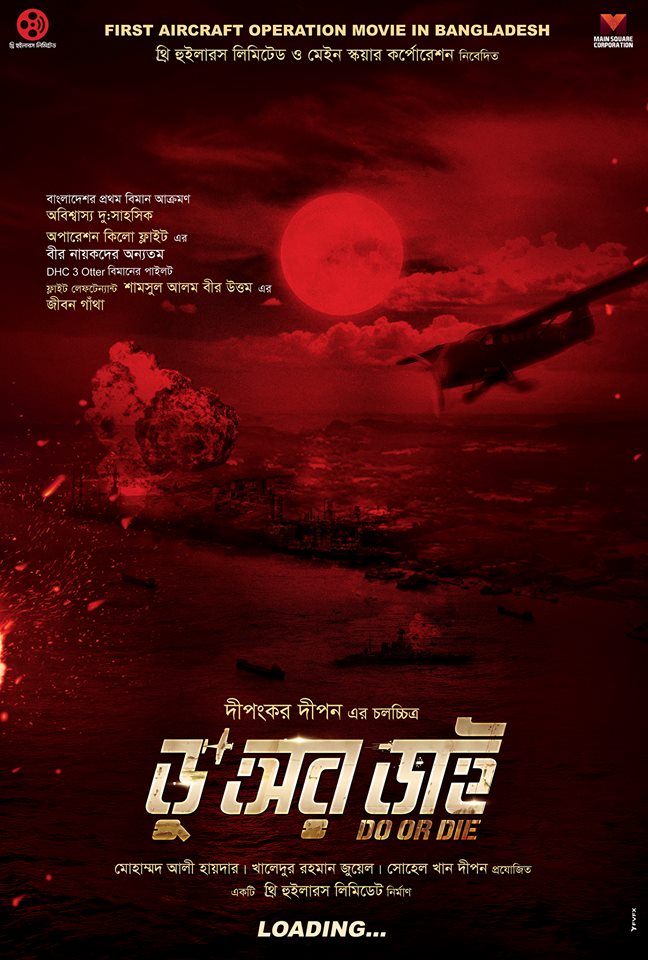 This film is based on the real life events of Flight Lieutenant Shamsul Alam (Bir Uttam) during Operation Kilo Flight, who commandeered a small aircraft in an incredible mission to destroy occupying Pakistan Army’s fuel supply. Operation Kilo Flight was the code name for the first unit of the Bangladesh Air Force, which was formed during the Bangladesh Liberation War of 1971 by defecting Bangladeshi military officers of the Pakistan Army. As part of Operation Kilo Flight, Shamsul Alam, Shahbuddin Ahmed and Akram Ahmed flew a modified DHC-3 Otter amphibious aircraft on December 3, 1971 to Chittagong’s Patenga in order to destroy the Eastern Oil Refinery, a major fuel reserve for the Pakistani Army.