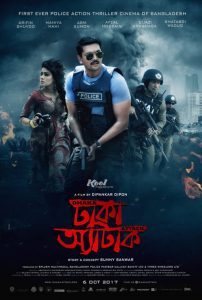 Killing in a chemical factory and stealing some chemicals made police department alert about a serious crime. These events follows a bomb blast before a school bus in front of the school. AC Abid has made the head of the bomb disposal unit and he is assisted by SWAT team head Ashfaq. While their investigation and operation, they find investigative journalist Chaity following them who has additional information about the criminal circle. These information lead them to the mastermind behind the scenes, a narcotic psycho killer who wants to rule the international mafia gang