Dhaka 2040 is an upcoming futuristic social drama movie. The film is written and directed by Dipankar Sengupta Dipon. The film is produced by Studio 8 Entertainment Private Limited.  Dipon have written the screenplay.  It stars Bappy Chowdhury, Nusrat Faria, Nusrat Imrose Tisha, ABM Sumon, Taskeen Rahman and many more. The film begun its shooting on 25 June 2019 at Dhaka. 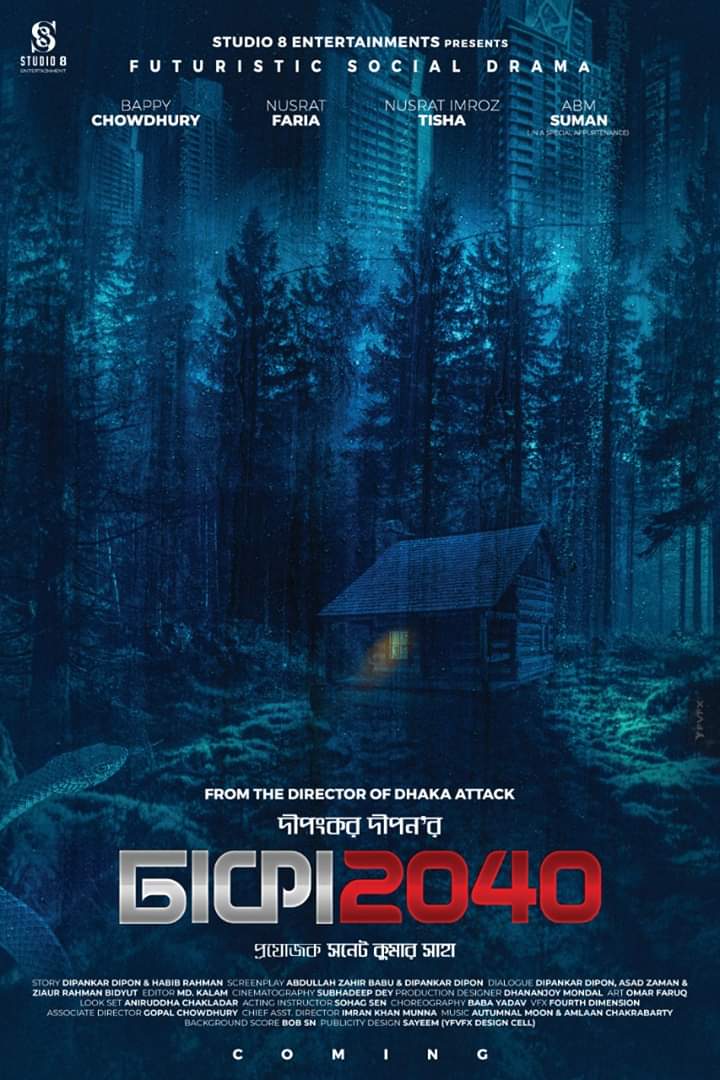 Young Sigi Nelson came to Bangladesh from Switzerland. When he came, he used to travel around the country with his familiar rust. It was once known that Sigi grew up in Switzerland but was born in Bangladesh. Sigi has come to the country to find his past. A search of the past reveals an unknown chapter in Sigi’s life.